In the mid-1990s, two major developments in the graphics industry were taking place. One was the explosion of 3D graphics chip companies, and the other was an attempt to bring virtual reality from the lab to consumers.

Around 1990, the concept of virtual reality began to become popular. Before then, the virtual reality industry mainly provided devices for medical, flight simulation, automobile industry design, and military training purposes. By the end of the century things had gotten quiet as the dream of VR failed to live up to its promises.

In 1989, S3 was founded and began development of a 2D graphics controller. In 1991, the company introduced it S3 911 graphics chip as a Windows (or GUI) accelerator. The company did very well and introduced a series of follow-up 2D controllers. 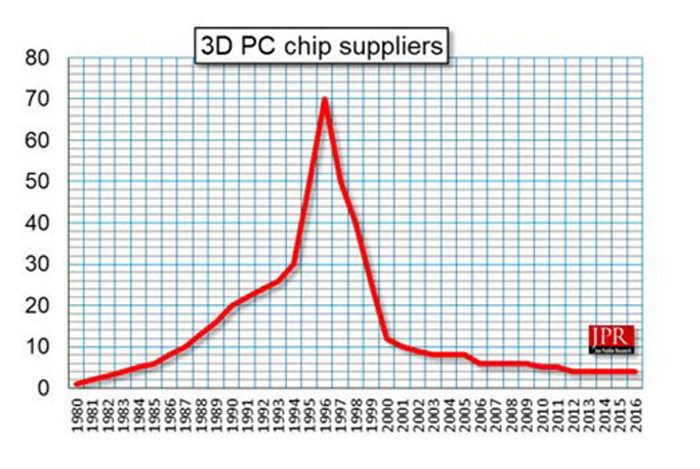 When the Sony PlayStation, and then the Nintendo 64, were introduced in the mid-1990s with 3D capabilities, consumers and OEMs began to demand 3D functionality from PC graphics cards. S3 responded to the demand and, in 1995, introduced the S3 Virtual Reality Graphics Engine (ViRGE) graphics chipset. It was one of the first 2D/3D accelerators designed for the mass market. S3 sought to capture two hot market opportunities at once—VR and 3D.

The ViRGE, also called the 86C385, was actually a relatively run-of-the-mill 3D controller, but was successful on the market because of its low price and excellent 2D capabilities, which at the time was still the major market in video games.

The S3d Engine provided 2D acceleration for Windows applications performance and a high-performance 3D rendering engine for games and other interactive 3D applications. 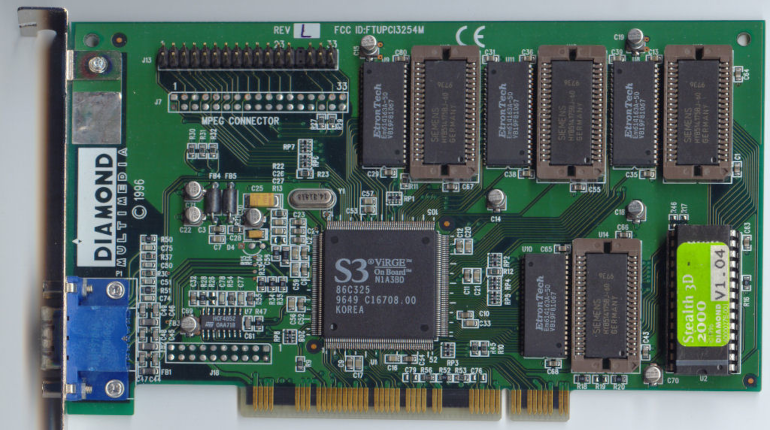 S3 was also one of the first companies to offer a Streams Processor. The streams processor provided the stretching and YUV color space conversion features required for full-screen video playback with both software codecs and hardware MPEG-1 sources.

The streams processor opened the door for the simultaneous display of graphics and video of different color depths. For example, it was possible to display 24 bpp-equivalent video on top of an 8-bit graphics background. That saved memory bandwidth and storage capacity while permitting higher frame rates.

The chip also offered what S3 called its Scenic Highway. This technology created a low-cost direct connection to S3’s Scenic/MX2 MPEG-1 audio and video decoder as well as video digitizers such as Philips’ SAA7110/SAA7111. 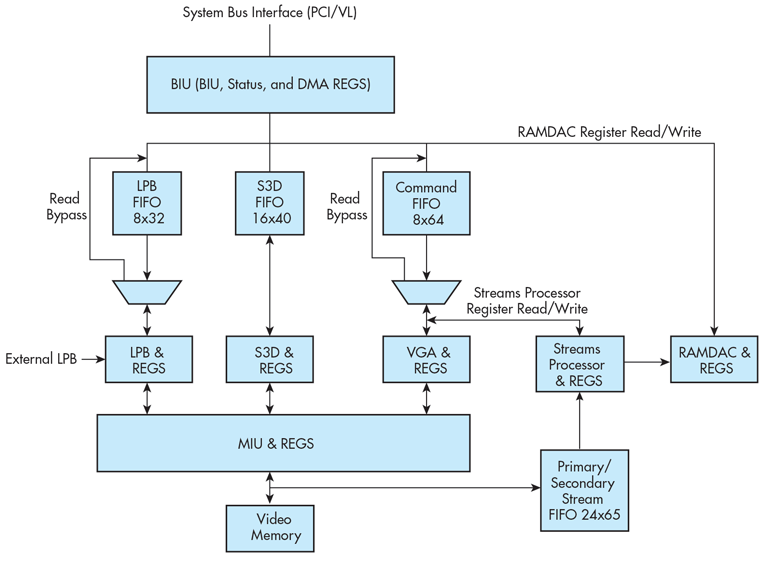 S3 went public in 1993, but the industry was shifting, and S3 struggled to maintain growth by building additional chips, such as an audio processing chip. By 1999, the company found itself in financial trouble, in part due to the collapse of the dot-com bubble and the emergence of Nvidia and ATI. The number of 3D chip companies was dropping rapidly.

Looking for other markets and financial support, S3 formed a partnership with Taiwan-based VIA Technologies. S3 would incorporate its 3D chip technology in an integrated graphics chip (IGC) made by VIA. The IGC was produced in a 180-nanometer process and would work with AMD and Intel x86 processors, providing North-bridge functions. (Ironically, in 1989, the original business plan of S3 was to build core logic parts. That was partly due to the founders’ experience from their C&T days). A 10-year IP swap in 1998 gave S3 access to Intel’s buses and processor I/O.

At the time, S3 held a 16% ownership stake in UMC, a semiconductor foundry. UMC was manufacturing the IGC, giving S3 and VIA a pricing advantage.

Still trying to find a path forward, S3 bought one of its OEM add-in board customers, Diamond Multimedia, in late 1999. That just about ended all the company’s other AIB partnerships, damaging its cash flow and leading to other losses with PC OEMs.

A month later and running low on cash, S3 announced the formation of S3-VIA, a joint partnership. At the same time, the company was developing a music player it would show at the Comdex conference.

Trying to buy more business in early 2000, S3 considered purchasing what was left of Number Nine in the hopes that it would gain its supply deal with IBM. At the last second, S3 pulled out of the talks, and Number Nine filed for bankruptcy. Rumors circulated that cash-strapped S3 would be acquired by VIA. Months later, VIA acquired S3 for $320 million in a convoluted deal. In 2003, the company filed for bankruptcy.

In July 2011, HTC Corporation announced that it would buy the VIA Technologies stake in S3 Graphics, becoming the majority shareholder of S3 Graphics. That signified the last chapter in the company’s history. Even though the S3 ViRGE never used in any VR devices, HTC has transformed into one of the leading VR headset vendors.